Take a look at this company, DeClouds: 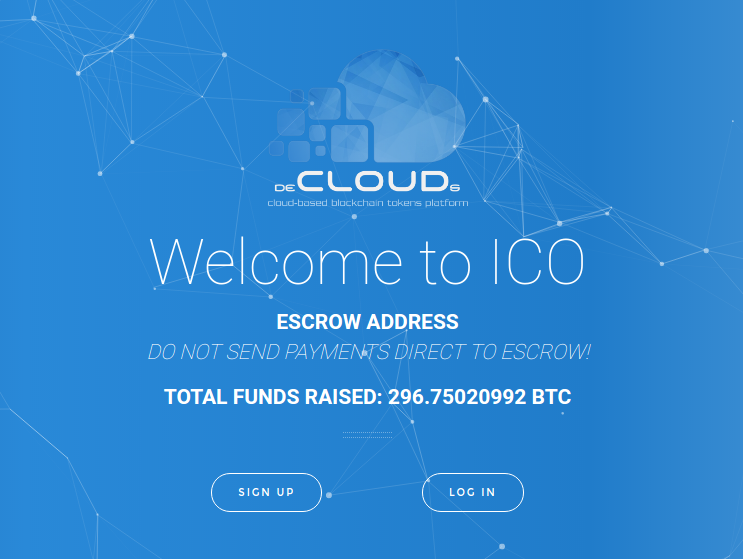 These guys look like they’re for real. They collected more than 295 BTC (over $1 million) from their ICO. Impressive. And here representatives of DeClouds are already talking with the German DAB Bank: 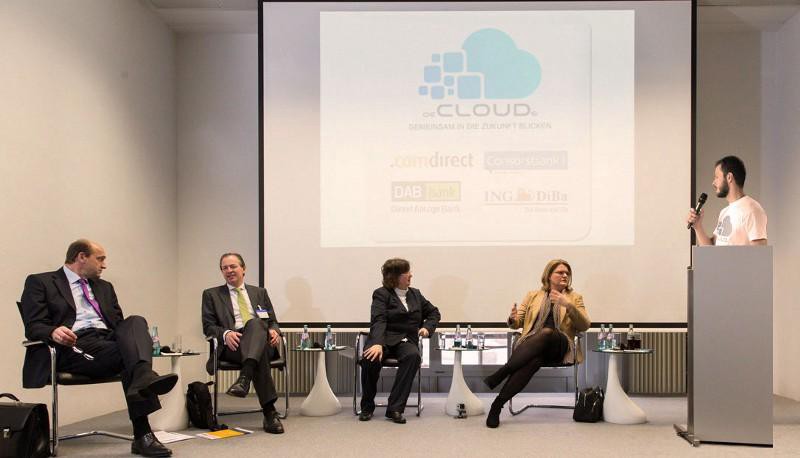 Also impressive.
One problem: The picture turned out to be photoshopped, and the founders vanished along with the bitcoins they had collected. And by the way, here is an original of the photo: 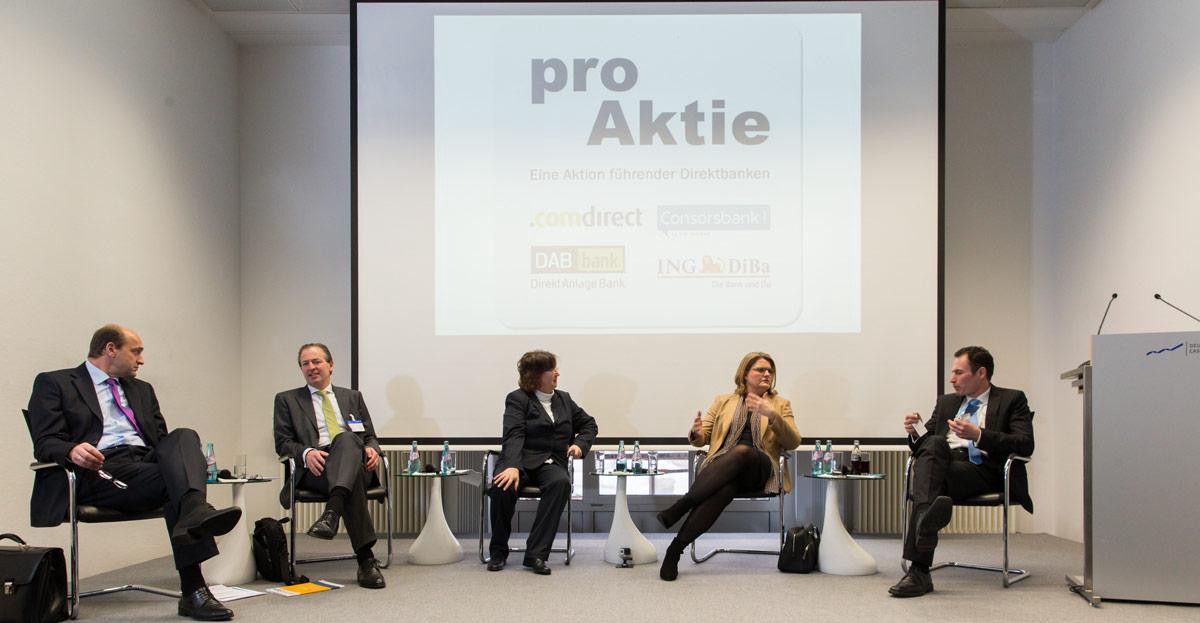 One of the first people to announce that the project was a fraud was an advisor to it. Conclusion? Scrutinize the project’s team, its advisors, and ask for proofs. We need more proofs! Don’t trust what’s written on the project’s own website. Check everything yourself. In this article, will go into all of this in more detail.

ICO campaigns might offer users a decentralized alternative to Facebook and a service like Apple Music that is more “fair” to less-known artists. Startup entrepreneurs now have a new way to get funds to bring their projects to life — and that’s good. Tokencard brought in more than $16 million in 30 minutes, and EOS collected a record $170 million in around five days.

But an idea doesn’t get implemented in a single step, and thinking up a product is not the same thing as creating it. Startups very often “burn out” when faced with unforeseen problems. Someone goes bankrupt after launching his startup, while someone else doesn’t launch at all.

Because of such frequent failures, many countries have begun to tighten the screws: China has banned ICOs completely, and the US prohibits the receipt of dividends through an ICO.

But any way you look at it, the model’s popularity is only growing. According to Coindesk, in the first quarter of 2017 the total of funds collected through ICOs exceeded $800 million.

The chart shows that in a few months the amounts increased by more than eight times. Sounds like a fairy tale! But it’s not all as simple as it seems at first glance. There are indeed some popular and successful projects. But all the others fail quickly. And in this situation, what should an investor do who wants to get maximum return on his own money?

With an ICO it’s very easy to become an investor, and sometimes very profitable. The key word here is “sometimes.”

It’s a simple arrangement: Take part in a limited issuance of tokens, and later sell them on an exchange for several times the price. A thirst for easy money drives many to neglect all the risks and “blindly” take part in every new project that comes along. The result is that the ICO market is flooded with scammers. DeClouds is only the tip of the iceberg.

These scammers have many methods: from fake projects that simply disappear after a successful conclusion, to phishing traps and hacking.

For example, during the Aragon ICO a fake Twitter account was created. Some of the users mistook it for the real one and transferred money based on the payment information it provided. Scammers scooped up about $10,000 this way.

From a fake MyEtherWallet site, they made off with a full $700,000 in the Bancor ICO. The con-artists just copied the site and collected the users’ money.

And some guys are truly without shame: For example, the founders of the Razormind project apparently created an entire operating system based on blockchains, and actively promoted themselves in the media. It even reached Coinidol, which found many discrepancies while doing its information collection, and after half a year issued a report exposing the ICO’s owner. It turned out that even its logo was stolen from an already existing operating system based on Linux 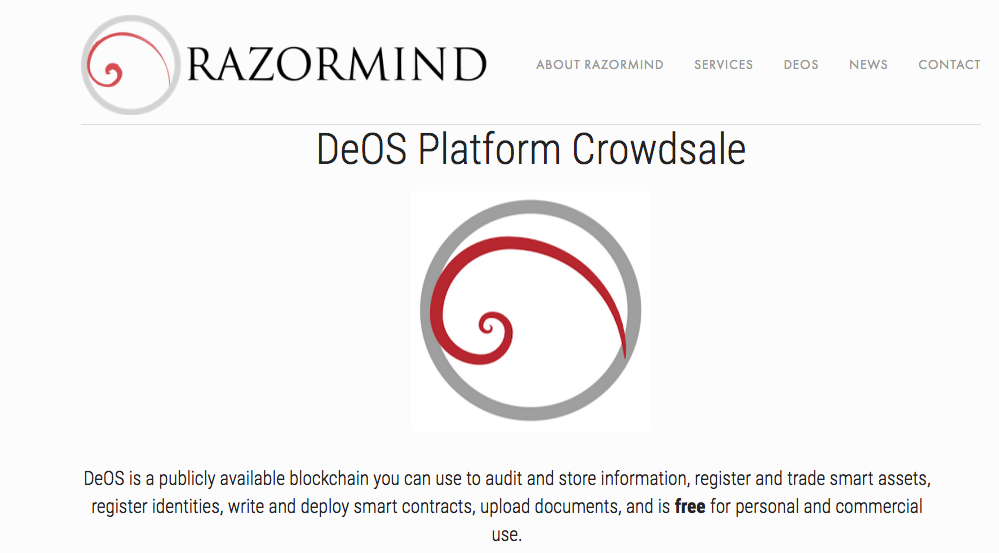 How to protect yourself?

First of all, you have to understand that an ICO is a significant risk. To avoid obvious scammers, it’s good to follow a few simple rules in choosing an ICO:

Attention to the details is very important. Above all, an ICO is a competent presentation of a product, and this is what’s needed to interest an investor. And if you’re so horrified by the project’s website that you feel like closing the browser tab, then the likelihood of its success is extremely low. See whether its logo is stolen, whether the illustrations are copyrighted or stolen, and so on.

Any project you invest money in must be real right now, not in the distant future. The project you invest in should not only be innovative, but also useful to a large number of people in the modern world. Somebody’s going to be using it, after all. Don’t invest in projects like SkyWay, which promises to build an elevated transport system capable of reaching 500 km per hour — and all that at a cost one-seventh of an ordinary intercity train. Miracles!

Often scammers write about fictitious people instead of the founders themselves, in order to keep them anonymous. A key to a successful ICO is experts who have experience in their fields and who can easily be found on Facebook or LinkedIn. But best of all is when a team consists of well-known people who have been involved in some cool projects in the past.

If you Google the project’s legal address and find yourself looking at the address of a kindergarten in the Zyablikovo district, then investing your money there is not advisable. Any contact information, including phone numbers and addresses, must be valid.

An ICO must have its own currency system, and the holder of it should be its exclusive beneficiary. The token it issues must not only be sellable at a higher price, but also have a solid rationale for its further development in the project. Definitely get familiar with the white-paper section, where this point is described in detail.

This last point can be examined in particular detail using the example of our own tokens.

We’ve already launched a working business in the form of Playkey.net (by the way, try playing the free demo of the service, if you haven’t had a chance to yet). But that’s not enough for us. We want to bring online gaming to a new level and move to a P2P model.

To do this, we’re launching Playkey.io, a platform that will let people “rent out” the computational power of their computers. This will enable a gamer on a Mac, low-powered PC, or Smart TV to play the latest games at high graphics settings, and without freezing up.

To create such a platform, we’re launching an ICO campaign, and token sales are already scheduled for the 1st of November. We’re issuing a limited number of our own coins (PKT, Playkey Token), which will become the primary means of payment for the new service. The company itself will act as an exchanger when users don’t want to do it themselves.

The PKT will have a variety of functions in addition to paying for game time. As shown in our white paper, a system of gaming rates, streaming of professional gaming matches, gamer duels, and other activities that will take place within the service, will be introduced in the main client.

The idea is that the token’s price on the market is determined by the volume of transactions and the rate of turnover. And accordingly, the higher the turnover, the more the coins will “split.” Taking Bitcoin as an example, the number of coins issued is basically limited, while capital is at the same time constantly flowing into the market. More buyers means a higher token price, and new opportunities to use the tokens work in our favor.

According to Newzoo, there are already more than 2 billion gamers, half of whom are using a personal computer. Let’s assume they spend an average of just $200 per year on upgrading their PCs. Can you imagine the volume of the market?

Taking even a small part of the total number who will use PKT even once a month (it’s simple to pay for a subscription to the service), the resulting numbers could be impressive. Additional uses for the token will only boost the currency, which greatly increases transaction volume and strengthens the currency’s position.

But we will not directly influence the prices for “renting” computer power. Any miner with a suitable computer will post his own rental price, and this will give gamers a huge choice along a continuum of miners’ prices, computing power, location, and rating. For full convenience, a special search engine will be created to help find the best gaming computer. This system will allow gamers to find the ideal offer, based on their priorities. Playkey considers these conditions the most fair, since it is after all important to let everyone enjoy the service.

Now a bounty program has begun, to which we have pledged 1.5% of all tokens. These tokens can be earned by promoting the ICO campaign on Facebook, Twitter, and forum threads on Bitcointalk and elsewhere. You can get all the information and get a few more tokens at the forum Bitcointalk.

And for those who just can’t wait to be the first purchasers of Playkey tokens, we just opened an official advance sale: You can take part in it after filling out a form on the website. What are the conditions of the advance sale? The minimum amount to participate is 60 ETH (~$17,000). The discount for early buyers is up to 35%.