In the last issue, we promised to review the most recent quarter. And even if we didn’t promise, we’re going to do it anyway. July, August, and September turned out to be busier than any of us had anticipated. We even completed tasks that we hadn’t planned on solving. Everything is now up-to-date and you’ll find all the details below. 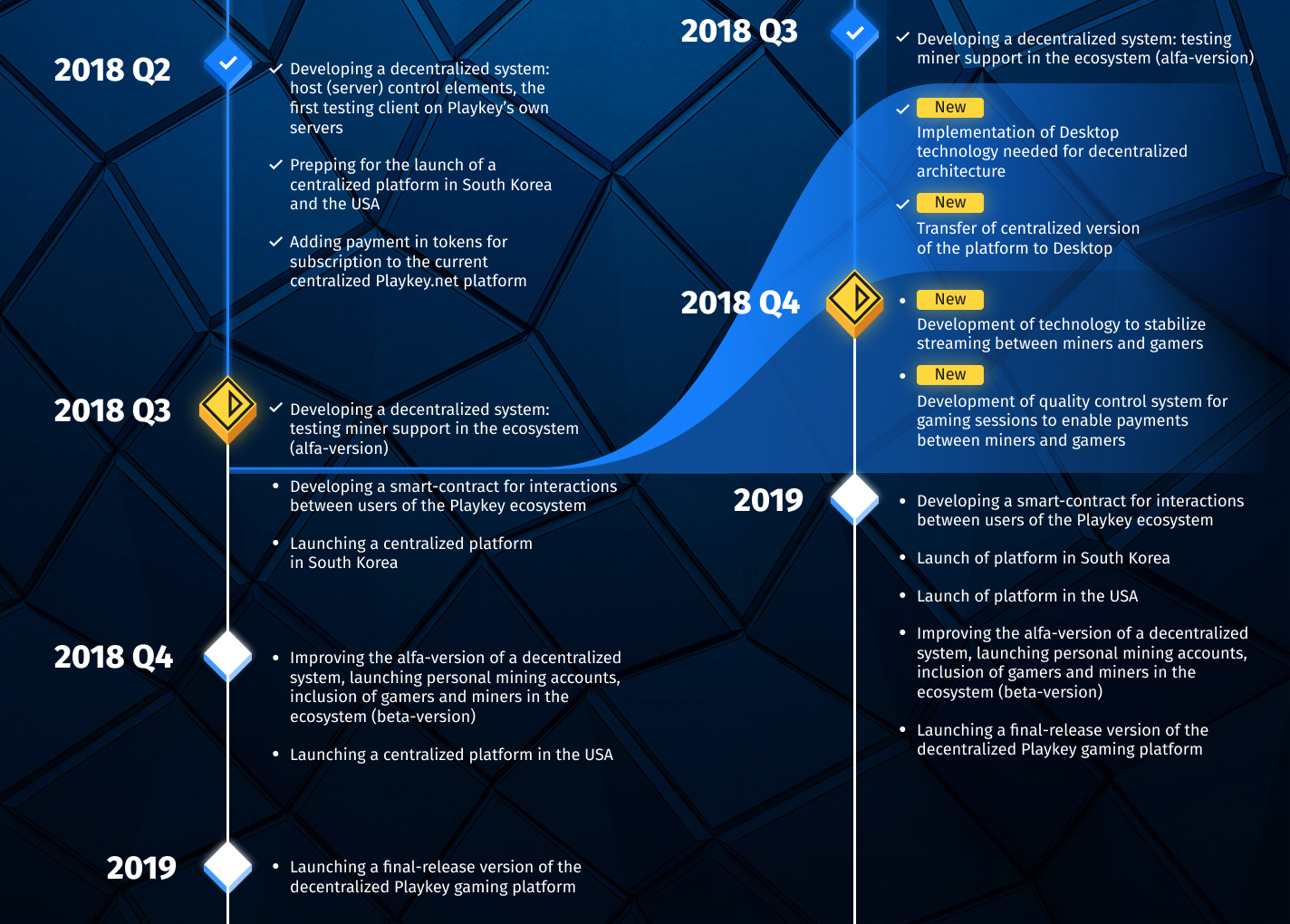 If you opened the previous devlogs for more than just the videos and jokes, you’ll remember that in the third quarter we were mainly working on Desktop and transferring games to this technology. Desktop is a key component to the decentralized version of Playkey. We simply couldn’t move ahead without it. Now it’s ready and the centralized version has already been moved to it! We completed work on two tasks for this previously undeservedly unappreciated milestone in the third quarter:

At the same time, “Developing a smart contract for interactions between users of the Playkey ecosystem” and “Launch of platform in South Korea” have been pushed out all the way to 2019. Careful readers might ask what on earth we’ll be doing in the fourth quarter. But we actually have two important decentralization tasks planned for that period:

It’d be hard to imagine our developer logs without all the cool games in our catalogue. For example, consider Warframe.

Producing a gaming session quality control system is the second objective of the fourth quarter. This system is necessary to rate session quality on a miner’s computer. When rating, we’ll evaluate channel bandwidth, network losses, FPS, hard drive read speed, jitter (you, of course, know that this term means phase variation in digital data flow), video card and processor characteristics, as well as another dozen or so parameters. Soon we’ll dedicate an entire log to rating. Or maybe two logs.

We barely managed to stuff all this into the fourth quarter, which pushed “Alpha-version improvements” and “Launch of the platform in the USA” to 2019.

A brief summary for lazy people

Therefore, additions to the 2018 work plan are:

As a result, the following tasks have been added to the 2019 plan:

And that’s it for now. Brevity is the soul of wit. See you in the next issue!