Hello! Over the past three weeks, we began to explore ways to assess the quality of sessions. Wait, why three?! I am sure attentive readers must have noticed that we have switched to a new format: now we write every three weeks, but we present more information. Why so? Firstly, huge tasks went to work, which it is not always possible to bring to the reporting result in 10 working days. Secondly, issues every three weeks will allow us to disturb developers less to gather information, which means they will develop faster! We believe so.

So, on the quality of the sessions. It was decided to start assessing it on the interframe interval. This is the time for which each frame is processed. This parameter is responsible for the smoothness of the picture and it is it that first of all forms the player’s overall impression of the game on our platform. We plan to measure the interframe interval during capture, coding, and rendering (direct visualization to the user). Ideally, frames should be reflected at regular intervals. Deviations will allow to assess objectively  the quality of the sessions provided by the miner to the player.

It is an official trailer of Call of Duty: Black Ops 4. It has no matter with these Diaries but we’d like to let you know the game is already available at Playkey. And you don’t need to buy an expensive console or gaming rig to play.

In the meantime, we are improving the usability of the platform for miners. Over the past weeks, for example, we have accelerated the launch of sessions. Time to start a game was reduced on average from the 30-60 seconds to the fast 5-10 seconds. Hardly will the user even pronounce something like “Playkey is the best cloud  gaming platform for launching top-notched games on low-end computers” when he will have everything already started. For the miner, this means that the time unpaid by the player (that very period from the initiation of the launch to the actual start of the session) has decreased by 10 times.

The  last (but not the least!) of the past three busy weeks of development was quality. Firstly, we released the autotune of the client, which was described in the last issue. Let us recall that it is necessary for computers that cannot cope with decoding. Now we automatically substitute settings with which even antique PCs will work! Meanwhile, the number of sessions with low productivity has decreased from 5% to 3%. We refine this algorithm further, but we will tell about it separately. 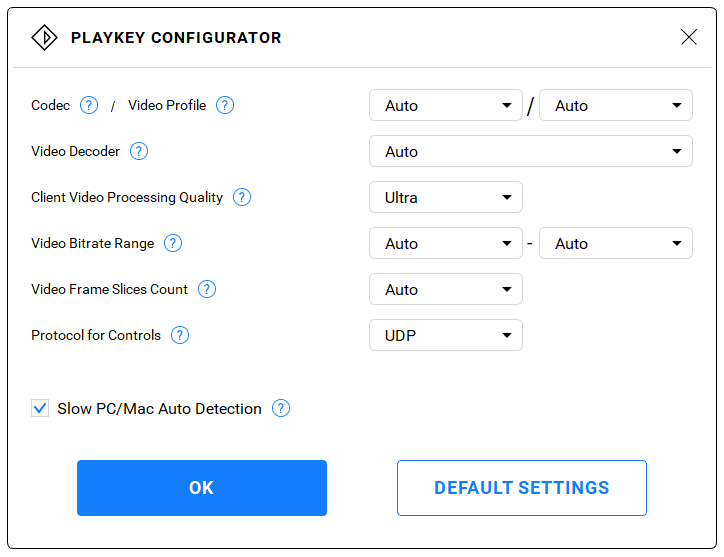 Secondly, we forwarded a new decoder for MacOS to testers. Its use will improve performance and reduce the number of drawdowns while rendering frames in the client application. Thirdly, the algorithm for improving the game via wifi was sent to testing. It will better deal with losses at high bitrates. And finally, fourthly, we began to refine the algorithm for sending the remainder of video data. With it, we will be able to deal with a large number of losses while the values ​​of ping are low.

It seems that’s all for today. See you in three weeks with the latest news and achievements!