In the summer of 2017, AMD video cards temporarily ran out in the US. They are ideally suited for mining Ethereum, which has gone up dramatically in price (Ethereum’s price then rose by 2800% in half a year). A similar situation occurred earlier, when the price of cryptocurrencies rose in 2013. Miners had to quickly select alternatives, calculate their options, and buy up the hardware they needed as the price tripled. Some of them only managed to do so when prices peaked.

If mining were a more predictable and stable business, people wouldn’t have to waste their time and money or experience the stress of it. But it’s hard to predict the future of cryptocurrencies. The market is too unique, young, and chaotic. On the other hand, it’s easier to predict demand for mining in cloud-based gaming. So that means you need to acquire the needed hardware in advance and plan your income.

In the future, these miners will not even have to do forecasts or set up servers themselves. The gaming platforms that connect players with miners will take on that task themselves. As soon as next year, Playkey is planning to not only recommend server configurations to its miners, but even sell these configurations in a case convenient for mining. How will this be arranged?

A miner’s first task is to decide on the right hardware. Even current miners of cryptocurrencies will not always be able to switch over right away to cloud-based gaming, because games have specific system requirements.

For example, many miners currently don’t buy powerful processors or a lot of memory. For cryptocurrencies those are actually superfluous, but many games won’t run at the required quality level with such a configuration. Top-of-the-line games require quad-core processors and no less than 8 GB of RAM.

How can I figure out whether a specific miner will experience demand for top games? That’s exactly what Playkey does. Since the gaming platform has statistics on users’ activity and understands what’s popular, it can suggest to miners the most effective ways to configure their servers.

Now, in the fall of 2017, what’s played most of all on Playkey is the new shooting game Playerunknown’s Battlegrounds (not surprising, since the game is beating all records, and gamers on Steam are spending as much time on it as on all other games combined). But its system requirements are not the highest:

Even if you start from scratch and add a motherboard, case, and power supply unit, you can do it on a budget of $1000. At the same time, the game is causing a lot of excitement, which means that your capacity will not be idle. By our calculations, when used at full capacity such a server can pay for itself in two months. And that’s after the gaming platform’s commission.

Of course, to focus one’s mining operation on just one popular game is unwise. But that’s just an example of the economic model that Playkey will create for every miner, based on whatever hardware he already has, the user activity in his region, and what games are popular.

By the way, the top five games in the various regions where Playkey is present are slightly different: 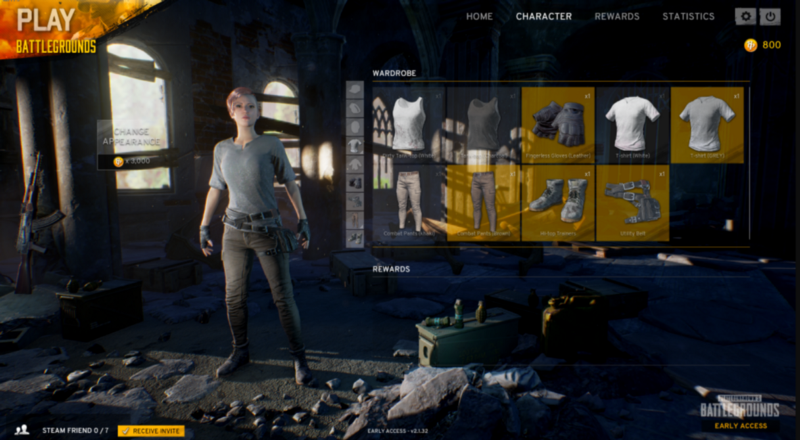 Buying and Setting Up Hardware

To mine more effectively, you can get several of each component: two motherboards, three video cards, four blocks of memory. How can you arrange them so that everything works, and the room doesn’t resemble a server room (with all the cables) and at the same time a sauna (because of the temperature)? Professional miners, which are companies, don’t have such problems. But for private miners, this is an issue. You can tidy it up using a special case that can house all the hardware for mining in a compact space.

Now, while creating server configurations, Playkey is developing such a case. In just three to four months we’ll present a configuration and prototype for the case, and in half a year we plan to start producing the product.

It will be possible to buy both the case and the hardware from partners of Playkey. We will certify them for our miners. We’ll be able to monitor the production process and select quality components.

Next year the first miners will join the decentralized cloud platform, and by that time the product will be ready. The servers and cases will be bought with PKT (Playkey’s own currency, which will be issued through the ICO).

By the way, since games are more demanding on hardware than cryptocurrencies are, all the hardware will be suitable for mining the latter. That means that miners will reduce their risks and will have a reliable business model.