In September, Playkey became one of the top five startups competing at Slush in Singapore, one of the best technology conferences in the world. Slush’s aim is to help a new generation of entrepreneurs conquer the world.

Out of 300 startups from all over the world at the event in Singapore, it was Playkey that was chosen to participate in the Startup Sauna accelerator. The main selection criteria were: the scalability of its idea, a talented team, a working product or prototype, and readiness for rapid change. The team also got a ticket to November’s Slush Helsinki, one of the main events of the year on the European startup scene, where Playkey will appear as one of the world’s 100 best startups.

Among the judges that selected the best players in the last round were such giants of the venture capital market as Sequoia Capital, Softbank Ventures Korea, and East Ventures.

Playkey already participated at Slush Helsinki Last year: The team impressed investors and experts at Startup Sauna Moscow and got a ticket to the conference. This year Playkey got the chance to not only appear at the conference, but to also go through the program in northern Europe’s best accelerator. Here’s what the organizers of Startup Sauna say about the selection:

Mike Bradshaw, Head Coach at Startup Sauna: “Ninety-eight percent of the teams get rejected. It’s easier to get into Stanford than into Startup Sauna.”

Karolina Miller, CEO of Startup Sauna: “Getting into Startup Sauna isn’t easy. The program’s intensity suits only the teams that really want to work more than ever, and our program’s 1% acceptance rate speaks for itself.”

Of the thousands of applicants in eight years, Startup Sauna has selected 222 companies. After Playkey starts the ICO, we expect to join the up-and-coming startups that Startup Sauna’s coaches will help turn into scalable, global companies. Together with entrepreneurs, industry experts, and investors, we will concentrate on the most relevant issues for startups:

Startup Sauna doesn’t invest in startups and doesn’t take an ownership share in them, but gives its graduates access to the best venture capital funds in the world. Graduates of Startup Sauna have brought in a total of $200 million in investments. Among the latest impressive results, the Singapore startup TenX collected $80 million at its ICO in just seven minutes.

The Path to the Global Market

Playkey expects to get $40 million from its ICO. This will allow the company to scale the project to global proportions. Playkey’s technology is now available in the eastern part of the United States, the countries of Europe, the Middle East, Africa, and the former Soviet Union. Its website receives 2.5 million visitors monthly, 250,000 of them use the service on a paid basis.

Our gamers play 21 million minutes per month. This is enough time to play through Half Life 2 more than 15,000 times (assuming, of course, that you’re not one of those gamers who set the record, going through the game in 40 minutes). But there are more than 2.2 billion gamers in the world, and to grow even faster we need to reach them.

Playkey’s main task is to boldly launch its product on global markets. First of all in the United States, since North America is the second-biggest game market in the world after China ($25.1 billion in 2017). Startup Sauna takes its graduates on a tour to visit the investors of Europe and Silicon Valley, and this is one of the best opportunities to get investments from funds and entrepreneurs with expertise on the American market.

This year Playkey has already brought in $1.5 million from the German IT provider Darz and $2.8 million from the Internet Initiatives Development Fund (IIDF). (With the IIDF there is also talk of a personal accelerator program.) Before the trip to Helsinki we will conduct the ICO. It starts on the 1st of November, and the advance sale of tokens at a discount is already open now.
With investors, mentors, and every participant in our ecosystem, we want to change the gaming industry and we invite you to take part: Get in the game. 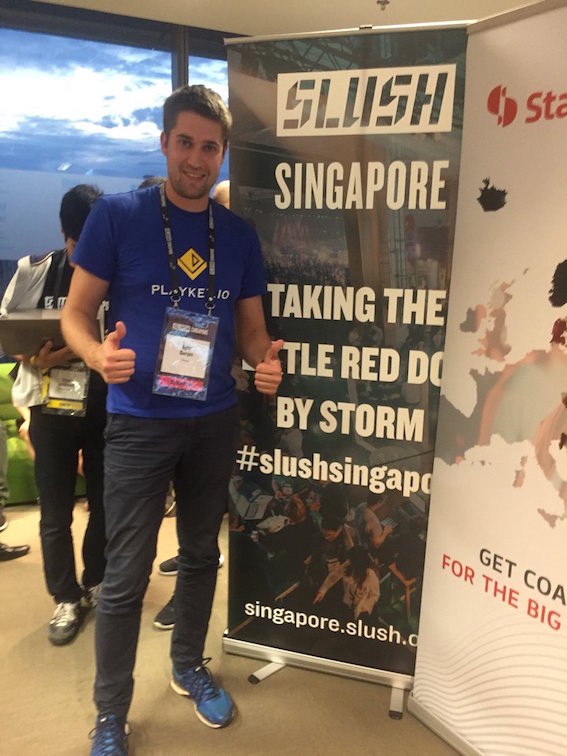