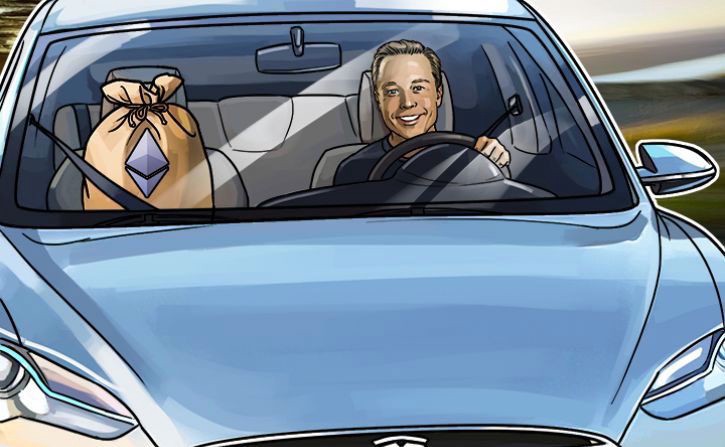 Eighty-one percent of Steam users this summer couldn’t play Dishonored 2 at high graphics quality: The GPU on their video cards turned out not to be powerful enough. Of a total of 1.5 billion PC gamers, 70% were unable to play AAA games normally.

Cloud-based gaming allows such users to run new games with old and low-performance computers. The whole industry’s future lies in the cloud, say many experts. By 2020, the market should grow by 34% annually.

It’s understandable how this is good for gamers without strong gaming hardware. Every year they will get access to an ever greater number of new games at high quality. But what about those gamers who have already put together a gaming system costing several thousand dollars and are spending $500–$1000 every year for new video cards?

Nobody is offering a better future for them. There are owners of powerful hardware who are earning something from mining cryptocurrencies, but this income is risky and erratic.

There is an alternative: Offer your computing power for rent to users of cloud-based gaming. On a decentralized gaming platform, miners will be able to set their own rental terms, while players will choose the hardware that suits them best. Due to the stability and predictability in such mining, it’s possible to earn at least two to three times as much as from mining cryptocurrencies.  This is exactly the kind of ecosystem that Playkey is now developing. Let’s look at how it works.

To become a miner on a cloud-based gaming platform, you need a high-performance gaming computer and a high-speed Internet connection. Based on the quality of these elements, gamers will rate the miners. And since the gamers themselves will choose whose hardware to play on, their opinion is important.

A computer’s base configuration will then look something like this:

Such a system goes for about $1500. This is the startup capital.

Internet costs vary dramatically by country (a speed of 60 Mbit per second goes for $91 per month in the United Arab Emirates, $55 in the United States, and $4 in Venezuela), so we won’t try to take them into account in our calculations.

To use a platform, miners have to pay a commission. In the case of Playkey, it’s 25% of your earnings. This money goes to developing the product, keeping the game catalog up-to-date, and the team’s operations. Internet costs and commissions are operating costs. And then comes the most interesting part.

Pay Off the Farm in Half a Year

To start earning on the platform, the miner will need to register and configure the system according to the instructions. Then test the computer’s performance, download games, and set rates.

The latest Playkey can do this automatically: It will suggest mutually beneficial prices. But the final decision on the price per hour of gaming rests with the owner of the hardware. Relations between users will be regulated by smart contracts, and payments will be made in PKT (Playkey’s cryptocurrency).

Playkey is putting the mutually beneficial hourly gaming rate now at $1. If you mine for 24 hours continuously, then in a day you will earn $18 after Playkey’s commission. Per month, your maximum earnings will be about $540.

But a more realistic assumption would be 10 hours of mining on average per day, since players won’t be found every hour. This level of activity will earn you $10 per day after commission, or about $300 a month.

Meanwhile, average earnings from mining Ethereum with the stated capacity are $1.50 per day and $45 per month (and this is with a 24-hour mode of operation). That means that with Playkey you’ll earn 6 to 12 times more per month.

In order to stabilize earnings, you can rent out capacity by the month instead of by the hour: for example, to sign a smart contract with a gamer for 70 hours at $20 per month. So if you serve 10 players (720 hours), you’ll earn $150 after commission.

But that’s the minimum revenue. You could still rent out your remaining free time by the hour. If the proportion of monthly to hourly smart contracts is 50:50, you could get about $80 for the first option (360 hours at an average price of $0.30 per hour) and $270 for the second.

That’s $340, and it’s just one possible way. Each miner’s earnings will vary according to the amount of mining time, the pricing, his popularity among gamers, and his proportions of smart contracts at different rates. In addition, if at 3:00 in the morning a gamer can’t be found, then the hardware won’t face downtime: The possibility always remains to mine cryptocurrencies too. So earnings will not go lower than for conventional mining.

Judging by our calculations, with earnings of $300–400 per month you can recoup your investments in mining in just 4–5 months, unless your older brother who spent the night playing video games hands off his powerful gaming computer to you. Whereas with round-the-clock mining of Ethereum (at a steady price), it will take more than three and a half years to break even.

Being a Playkey miner, within the same time you could spend a honeymoon in the Maldives, spending about $13,200 of your earnings. Of course, for the wedding itself you’d have to shell out some additional money. And if you play less and mine more, you’ll have more time to look for a wife.

But if you make a mining farm with three gaming computers, then in three and a half years you can break even and then earn almost another $40,000. That means you’ll be able to buy the next Tesla (the Model 3 just happens to cost about $35,000). And something will still be left over to expand your computer farm.

By the way, if all calculations on the gaming platform are conducted in PKT tokens, then the more users, the higher the price of the tokens. That gives an additional opportunity to earn faster, but it’s hard to say how fast those earnings will grow.

Mining to Every Home

The advantages of renting out your hardware for cloud-based gaming are not only about income levels. There are other aspects too:

What’s more, it will not be necessary in the future to gather servers oneself for mining. Platforms themselves will offer the needed capacity. After the ICO, Playkey is planning to acquire servers and auction them out publicly for PKT, the platform’s cryptocurrency. So, if you’re too lazy to set up a powerful gaming computer yourself, don’t miss out on the sale of PKT. We will take care of the mining hardware for you.