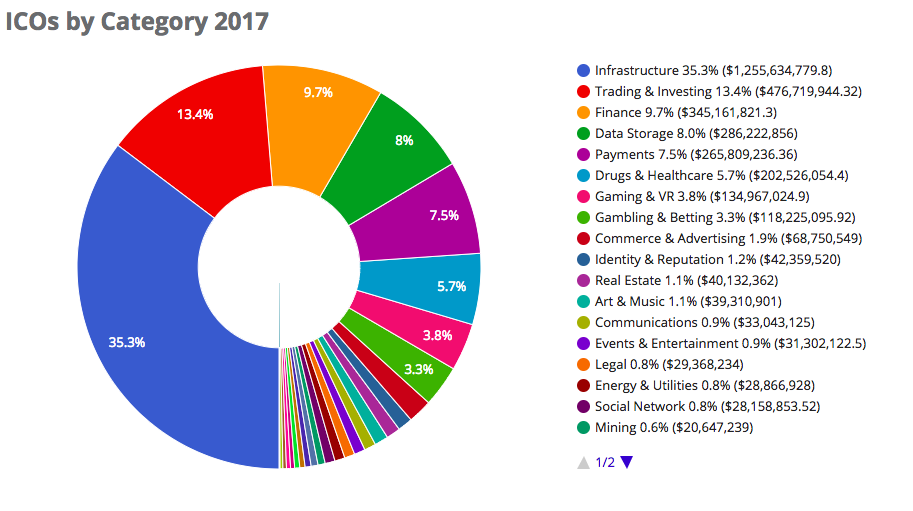 The amount of money collected on ICOs has already exceeded $3.5 billion, and new campaigns are being launched every day. In the first three quarters of 2017, there have already been over 300. Whether the hype is justified will become clear in the next few years. This is the time period when most of the startups now distributing their own tokens will be implementing their projects.

But there is a way to rate your assets ahead of time, right after acquiring tokens. The rise in a cryptocurrency’s value depends on the variety of tools with which the project intends to support its value, and on how wisely its users conduct themselves. We’ll explain this using the example of the PKT, showing how its owners can bolster their assets, and what can increase the token’s price.

It doesn’t seem like there is much chance for a gamer to make money: Just spend money to buy tokens on Playkey’s internal exchange, and then you have tokens to subscribe to cloud-based gaming. But there’s another way to make use of cryptocurrency that you’ve purchased. You can put it in a bonus account.

It works roughly like a bank deposit, only a player’s tokens don’t accumulate. Instead, services appear that a player can get for them. For example, it might be free gaming time, earned from a rise in the PKT’s price while the funds have been in the bonus account.

Playkey will guarantee certain bonuses to someone putting tokens into such an account, while funds remaining in a normal account will be more exposed to market fluctuations. By our estimates, gamers will spend about 50% of purchased tokens on a subscription and save 20–30% in bonus accounts.

By the way, a gamer is also protected from the risk of losing tokens from situations like a dishonest miner turning off the server at a climactic moment in a game. A miner has to keep funds with the service equal to his or her monthly revenue in order to rent out the processing power. This is a kind of safety deposit, so that if there’s a problem, gamers will be paid.

A miner’s earnings also seem obvious: He or she can transfer funds received from renting out his or her capacity into fiat money. But it’s much more profitable to not sell all tokens, but to behave like an investor (especially since withdrawing 30–50% of revenue is enough to pay for operating expenses). That means getting an income not only from servers, but also from changes in the market.

How do you do that? A miner can keep the tokens in an internal account and monitor their price, selling them when it’s most profitable, or trade the PKTs on exchanges. So his or her revenue will be diversified and more stable: Some of the tokens remain idle in accounts, and some are regularly turned into real money, while some get traded on exchanges.

In addition, the miner will get the chance to buy servers with PKTs, and to mine without wasting effort on putting together his or her own gaming computer. For this, Playkey is planning to work together with hardware manufacturers.

The very mechanics of user interaction imply an increase in the price of the PKT. The fact is that the miner, by renting out his or her capacity to the player, will receive payment for his or her services only after concluding a smart contract.

Now, 50% of regular Playkey users pay for a monthly subscription, about 30% weekly, and about 20% of players pay hourly rates. When new rate plans appear, the old customers can continue on their legacy rate plans until their first non-payment in a new period.  When the decentralized gaming platform is launched, the proportion will be the same, so at least half of the contracts will be for a month. That means the tokens will be taken off the market and their price will rise together with the demand.

What else could happen with users’ tokens? There is a risk that they will simply lose access to them: Either they will stop using the online service, or they’ll forget their passwords. That will happen to about 10–15% of the PKTs that are in the possession of gamers. But that won’t particularly influence the market.

In addition, after the ICO a part of the funds raised will go to the development of not only the current service, but also of third-party applications that will be integrated with Playkey. (Of the tokens sold, 12.5% will go to the Playkey Foundation, from the commission paid by the miners.) And the more services, the more ways to spend tokens.

An example of a future possibility, PKTs can be donated to streamers: They can be spent to watch a game competition or to buy a subscription to a gaming magazine.

Working with Investors and the Market

Not only does the product’s level of development influence the token’s price, but so do the actions of key investors. At first about half of the PKTs will remain off the market. Institutional investors put money into the project at the presale stage, and they’re focused on the long term. To stimulate their interest, the Playkey Foundation will regularly issue reports on the company’s development and on measures to stimulate growth in the PKT’s price. The foundation will work with key investors personally and assist them with their strategic decisions.

The foundation will also undertake efforts to stimulate demand from gamers and to attract new miners. This can raise the price of the token and can make it a more profitable asset.

And finally, one of the foundation’s departments will work like a central bank. Two reserves of money will be created: in tokens and in fiat money. Depending on market fluctuations, it will be profitable for Playkey to sell and buy tokens and add to both reserves. So the foundation plans to regulate the PKT’s uneven growth and stabilize the market.

Of course, not all the instruments will operate right away. It will take about a year after the launch of the decentralised gaming platform for the ecosystem to develop. During this time the PKT’s value will be supported by the foundation, and short-term investors will make way for those who have acquired tokens with a long-term strategic perspective in mind.